After two months of daily prompts I was trying to stick to, I needed a month with less rigidity. And on day three I keep catching myself in an anxiety loop of “okay, what am I behind on now?” and it’s not going away without a fight. I’m having to argue with my own brain that I need some fucking time, man. Some time to live in my new house, enjoy my studio that I have put together with my own hands and soak in some life, rather than so focused on what I’m shooting and posting for the day. I’m still working on my daily photos I share to Twitter, but I’m not putting pressure on myself to post them to Love Yourself every day, like I did January and February.

Instead, I am going to try and write. Nothing fancy, or too insightful, but more like journaling. I need to try something else to get out of this writing rut I keep getting caught in. It’s not a lack of inspiration, I have things I want to say and share and create, but I’ve just got this block. I think it’s a mix of depression, anxiety, and self-esteem. My signature cocktail that convinces me no one gives a shit what I have to say anyway and that it’s all been done by folks way more educated than myself on the subject so, like, why bother? I imagine I’m talking to someone else, even a stranger, who came to me spouting that nonsense, and I would genuinely believe it and mean it when I tell them that it’s never been done by them and that they have just as much to share and say as the next blogger, artist or creator. But, fuck, turning that around and saying to myself seems shallow and forced. Because I don’t believe it. And I won’t be able to convince myself of it by just saying the things. I’ve got to take steps. And here’s a step.

I’m really struggling. I can feel that, and I have for quite some time. It’s hard here. It’s beautiful and a dream come true, but it’s hard. I don’t have any friends outside of my partner. I don’t even know a woman who lives here in the same country as I do. That’s a suffocating thought sometimes. I miss talking to people. I was a stylist for nearly 18 years, and a bartender before that. I’ve always considered myself an introvert, but my careers forced me to fill those social needs and I miss it. I miss going out to lunch with a friend. I don’t even get that with my partner now, and that started before Covid, since we have a toddler — that we have zero help with or time away from. We haven’t been on a date, outside of the home, in over four years. That’s really fucking tough, and there’s very little possibility of that changing anytime in the next year.

I feel like I’m trying so hard to claw my way back up out of this pit. And then I get hit in the face with guilt, shame and embarrassment about feeling bad. It’s such an exhausting cycle, isn’t it? Feeling like shit for feeling like shit for feeling like shit, infinitely. So I’m throwing things back at it. I have a beautiful guitar that I have been trying to learn, but my wrists hurt so bad these days I can barely even pick it up. Which super duper extra sucks, on so many layers. I’ve been trying to sing more, and that’s a tough one, since it’s something I either feel heavily insecure or awesome about, depending on how much tequila I’ve had. Which is another can of worms that I’ll unpack one day.

I’m trying new things, self-tying bondage has been a fun one, but it’s difficult to find the mental space to be able to enjoy that. I’ve even gotten really into watercolor painting, and then I ran out of paper and have been on a weeks long hunt for more here to no avail, so I will have to wait for a few weeks for it to get here, because Amazon doesn’t ship it here. I can almost feel myself using that as fuel to not try anymore, this faint little asshole voice that says “see, you tried and it didn’t work. I fucking told you. You should have known better. What a waste of time/energy/money…” and it just keeps on until I interrupt it. I know it wasn’t a waste of anything, and I’ve just encountered a dumb roadblock, and it is dumb because watercolor paper shouldn’t be that hard to find, ffs. I might just be a spoiled American, though.

Gardening is also a passion that I’ve been trying to cultivate, since we have the room for me to branch out with my plants and place the pots all over the place. Seeing things grow that I have put work into is really good for my mental health. Unfortunately, on a day when I was feeling especially rough, the four year old went on his own gardening adventure and completely wiped out my favorite succulent garden that I had put together. It broke my heart. All day I kept tearing up over it because I’d worked so hard, and replacing all of the plants felt impossible because we don’t have a car, and the same, familiar voice started up all over again. Louder, more convincing. And I listened that day. I let it win. Maybe even the next day, too.

But here I am, writing, sharing, processing. I’m trying to do the work. Even if it feels defeating and very much like I’ve done all of this before. And I have. I have done this work before. I know it’s hard, the hardest really, but I know that I can because I have before and that’s the part I am trying to focus on. Even typing that out feels so defeating, because if I let myself think too hard about how much work I’ve already put in and still feel this low — oof. It’s a slippery slope that I’m ill equipped to descend right now, so I’m steering clear. One day I am gonna fill that fucker up so it’s not such a hazard, but today is not that day. Today is the day I write up this piece to share, I order food, guilt free because it’s raining and no one is walking to the store in the rain. Today is the day I grab a canvas and try my hand at acrylics while I wait for more paper, and maybe even go back over one of my stick and poke tattoos I’ve been working on. Other than that, I’m not putting too much pressure on myself today because I can feel myself breaking under the weight of what I’ve already piled on. And part of loving myself is no longer being cruel to myself. Everyone deserves a respite. 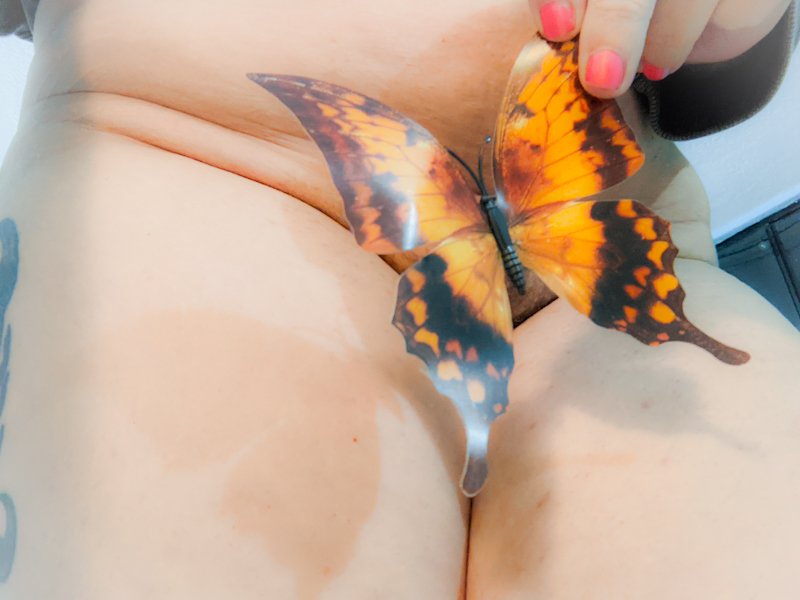